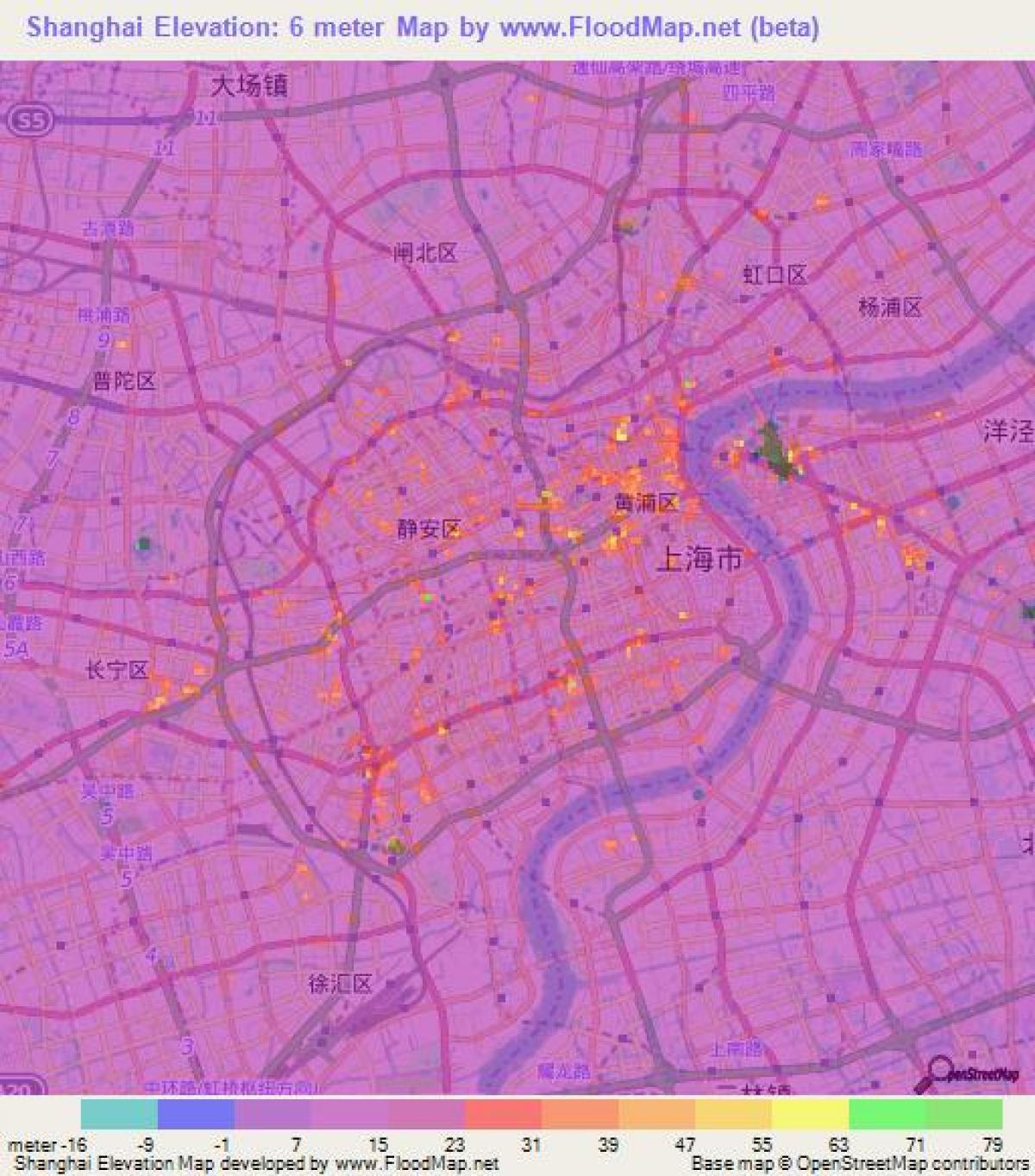 The vast majority of Shanghai 6,340.5 km2 (2,448.1 sq mi) land area is flat, apart from a few hills in the southwest corner, with an average elevation of 4 m (13 ft) as you can see in Shanghai elevation map. The city location on the flat alluvial plain has meant that new skyscrapers must be built with deep concrete piles to stop them from sinking into the soft ground. The highest elevation point of Shanghai is at the peak of Dajinshan Island at 103 m (338 ft).

Shanghai is situated at 31°41' north latitude and 121°29' east longitude. Except for a few hills lying in the southwest corner, most parts of the Shanghai area are flat and belong to the alluvial plain of the Yangtze River delta as its mentioned in Shanghai elevation map. The average sea level elevation is about 4 meters.